You are here: Home / About The Authors / About Adrian Van Vactor

Adrian Van Vactor is an international award-winning illusionist and speaker. As a teenager, Adrian was active in the competitive world of Magic by refining his stage act and taking it to magic conventions. At the World Magic Seminar, ten up-coming stage performers are invited by audition to compete in one of the most prestigious international stage magic competitions, held in Las Vegas.  Adrian was honored to be the first person to win, receiving the coveted Lance Burton Award. Later that year Adrian was voted by a panel of professional magicians to be one of only 18 individuals to date to receive the Milbourn Christopher newcomer award as “the most promising young magician of the future.”

Van Vactor had his professional touring start at only nineteen years old with “The Andre Kole Magical Spectacular”. In between tours with the Andre Kole’ show, Adrian gave 125 performances throughout the Midwest for k-12 schools. Since then, Adrian has headlined at the world famous Magic Castle in Hollywood, CA, has been featured on some of the largest cruise ships ever built as well as giving 85 live performances for over 11,000 people at the World’s Fair in Hanover, Germany.

Soon after Adrian’s career began to pick up speed, Adrian took a step back from the spotlight and began work on the Christian mission field, working for many years with Youth for Christ and Campus Crusade for Christ International (cru), through which he received extensive evangelism training as a graduate of cru’s Communication Center. Adrian also studied at the Billy Graham School of Evangelism. Adrian’s first tour in South Asia resulted in 47 performances for fifty thousand people… in just 12 days!

Throughout his ministry, Van Vactor has conducted over fifty international mission tours in twenty-seven countries on six continents, entertaining and sharing his own personal faith journey with hundreds of thousands of individuals through the art of illusion, seeing tens of thousands of men, women, and children put their faith in Jesus Christ. His travels have also given him the opportunity to debunk psychic surgeons in South Asia, witch doctors in Africa, and self-proclaimed psychics in just about every corner of the Earth.

Adrian is now a regional director for FaithSearch International as he continues his work as Adrian Van Vactor International Ministries, whose mission is “to utilize the art of illusion as a tool to bridge cultural and generational gaps and communicate the Gospel of Jesus Christ with evidence …” 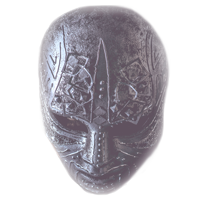 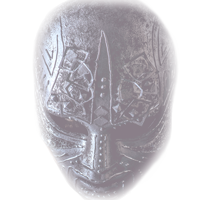